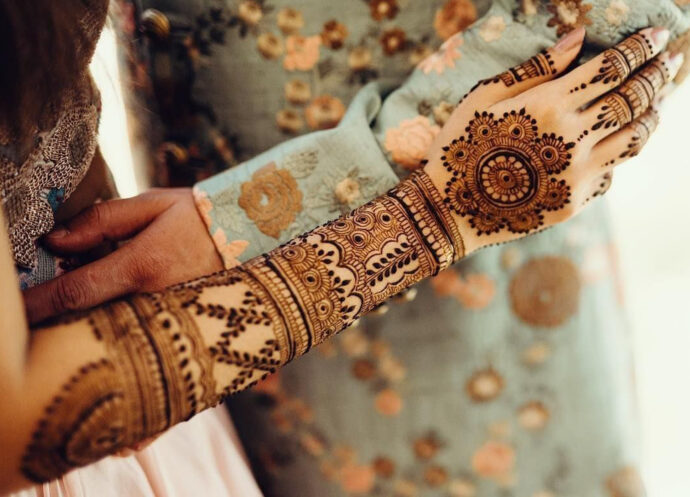 Consider the moment someone enters the room and speaks these words to you for your Mehndi. Personally, I will feel out of this world and believe every lady will feel the same way.

It used to be that a bride’s mehndi should cover her entire hand right from the elbow, but that is no longer the case. Nowadays, brides follow their norms and always look for something fresh, whether it is a wedding dress or wedding mehndi. And when it comes to mehndi designs, we can assist you since we have compiled a list of the Best Mehandi Designs by the Best Mehandi Artists in India that a bride may pick from for her big day.

So, let’s take a quick look at each design. 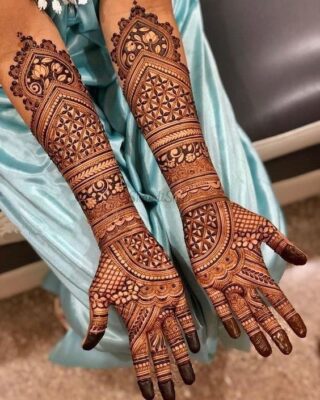 Best Mehandi Designs in the Indian tradition are already well-known and beautiful. We don’t want to appear biased, but the appeal of this lovely look cannot be denied. Every part of the design has considerable significance, and the detailing is close to elegance. Florals, checkered dots, trails, and other traditional motifs can be found in Indian mehndi designs from front to back. 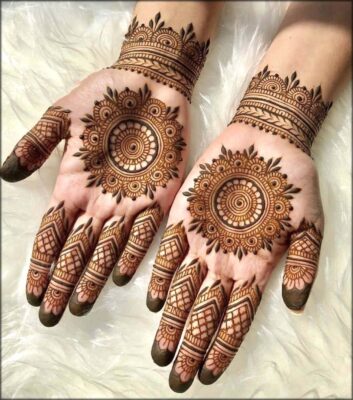 The Indian and Pakistani mehndi designs have numerous similarities because they are both from the same region. However, it primarily emphasizes the fine details of the most profound patterns. Pakistani Mehndi designs include leaves, florals, mandala designs, and paisley patterns, representing the country’s ideals and customs. The Arabic mehndi designs have also had a significant influence on this design. 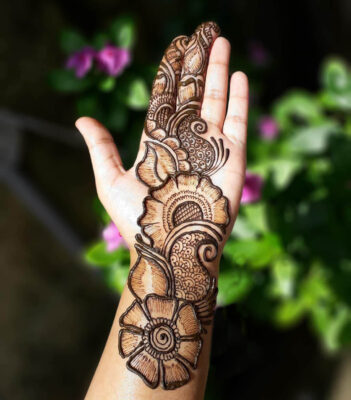 Arabic mehndi has an aesthetic and unique design. This type of mehndi designs has more shaded areas and bold lines. The new Arabic mehndi designs is one of the Best Mehandi Designs that are appealing since they are more minimalistic and less time-consuming. It’s ideal for modest wedding gatherings where the bride doesn’t want to look overdressed while also maintaining her palms red.

Fusion is something that everyone likes, whether you are young or old, and Indo-Arabic mehndi is a fantastic example of fusion. Indian floral patterns and birds are frequently combined with Arabic cashew and shading in Indo-Arabic mehndi design on hands. This is an excellent alternative for beautifying your hands on special occasions and festivals if you’re seeking a one-of-a-kind mehndi design. 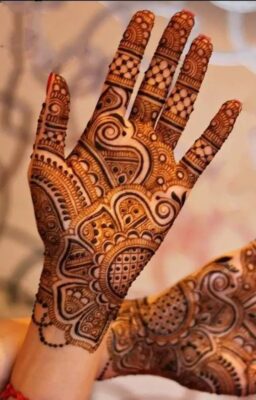 Western mehndi patterns combine elements of Arabic, Pakistani, Indian, and Moroccan mehndi motifs, and many fashion trends are followed by them. Traditional patterns such as mandalas, peacocks, mango, and flower designs are also used in many western arts. This mehndi pattern appears to be an expansion of your hand jewellery and seems to be uncommonly exquisite. 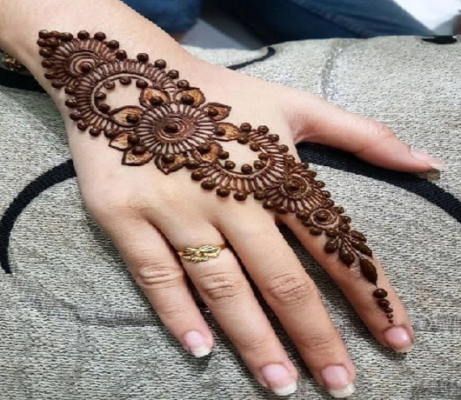 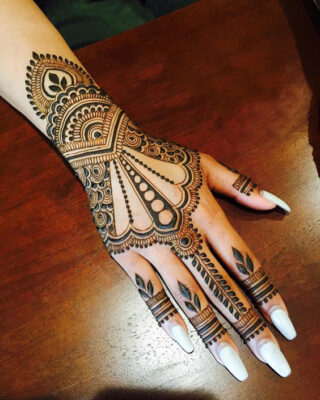 African mehndi design is made of lines, blocks, and vacant spaces, and it resembles Arabic and Moroccan mehndi designs. This look also incorporates leaves and flower petals, and it also has dot designs to make it more attractive. 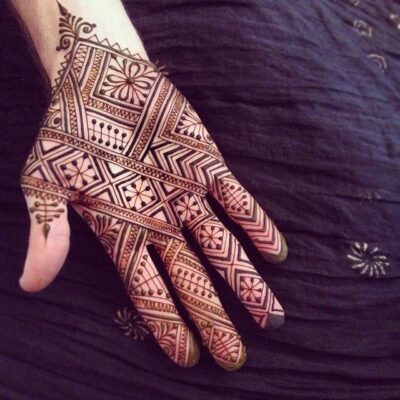 Moroccan Best Mehndi Designs is regarded as a gender-neutral Mehndi designs. Tribal culture and traditional motifs are the main inspirations for this design. Diamond pattern are utilized more frequently in this design than other patterns, and they are applied consistently. These motifs are less feminine than the others, and they are popular among men who get mehndi tattoos because of their gender neutrality.