Hindu Wedding rituals vary in detail depending on which part of India the bride and groom are from. Each region, state and their people inculcate certain traditions in the wedding rituals but the core principle or belief of a Hindu wedding remains the same across the country. And regardless of these regional variations, language diversity, culture, and tenets, here are the basic rituals of a Hindu marriage common across the Indian subcontinent.

The following 13 steps lie in the heart of all Hindu weddings, forming an integral part of the Vedic marriage: 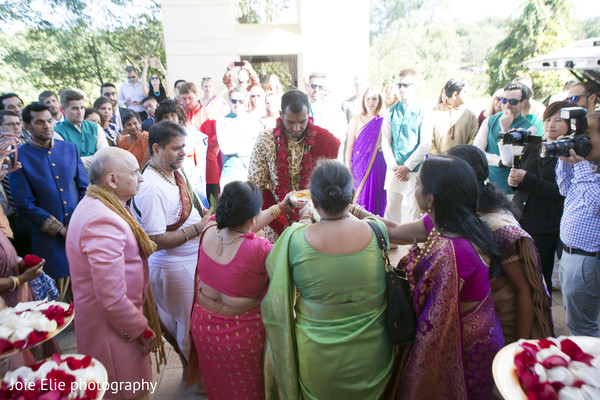 It is the reception of the groom and his kinsmen at the gate of the wedding hall. A priest chants few mantras while the bride’s mother blesses the groom with rice and trefoil and applies tilak of vermilion and turmeric powder on his forehead.

The bride’s father receives the bridegroom at the altar and bestows him with presents. 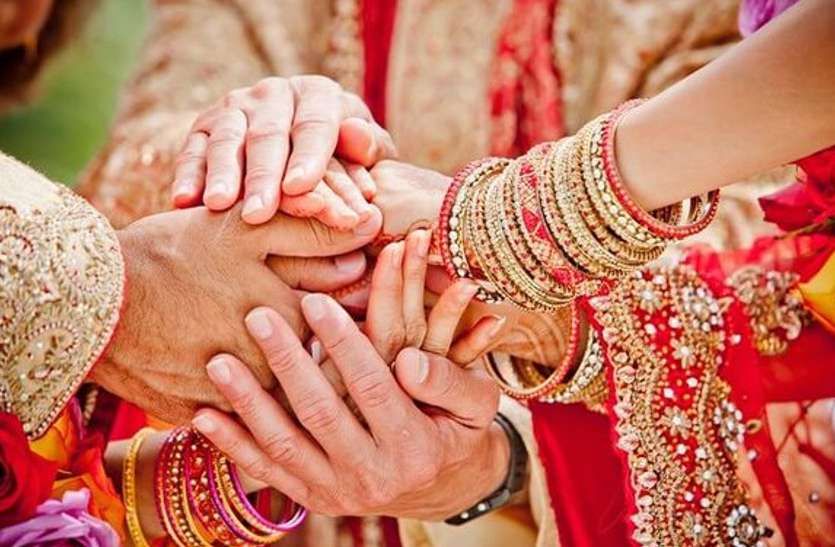 As the priest chants holy mantras, the bride’s father gives away his daughter to the groom. 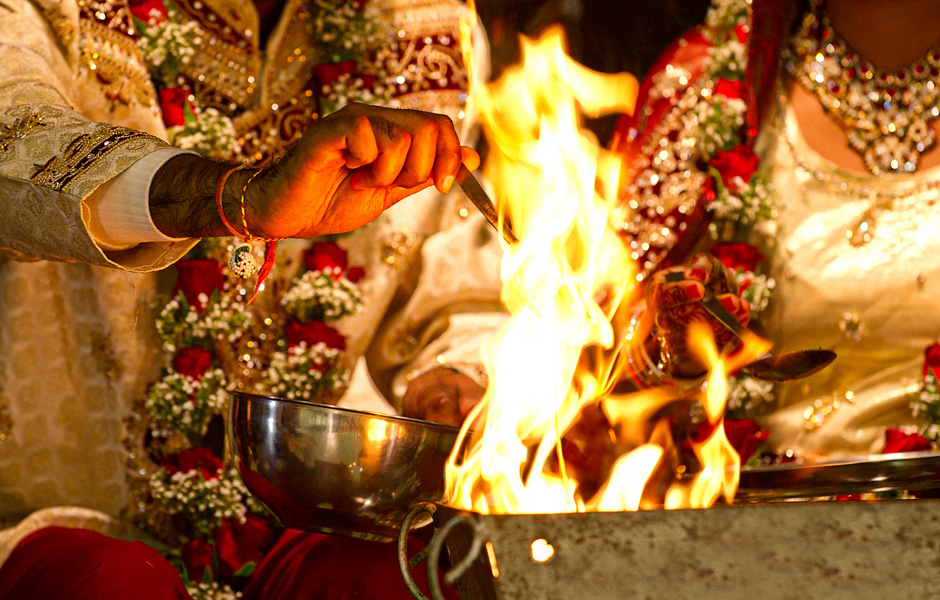 The sacred fire ceremony determines that all auspicious commitments take place in an atmosphere of spirituality and purity. 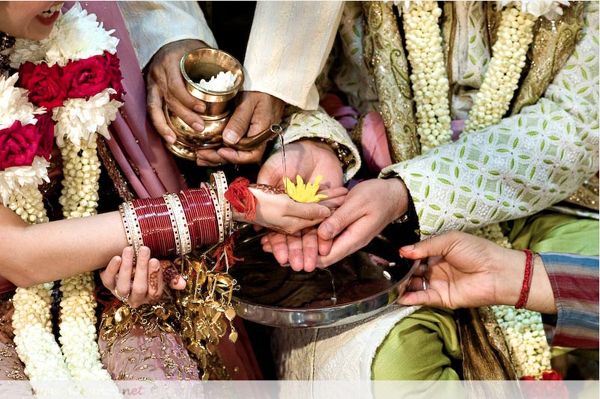 The groom takes the bride’s right hand in his left hand and accepts her as his lawfully wedded wife.

The bride and groom walk around the holy fire as the priest chants mantras, the bride leading and take solemn vows of steadfast love, loyalty, and life-long fidelity to each other.

The mother of the bride helps her to step onto a stone slab and counsels her to prepare herself for a new life. 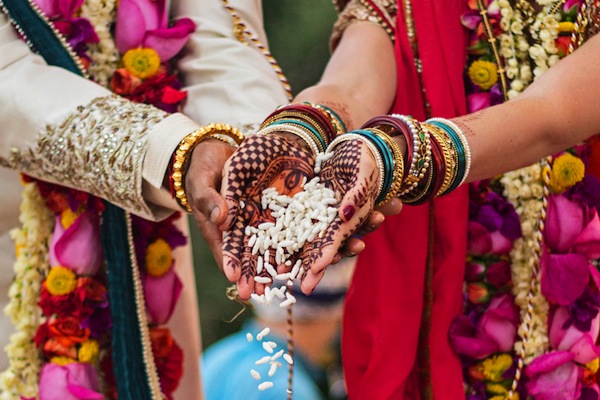 The bride offers puffed rice as oblations into the holy fire as she rests her palms of her hand over those of the groom.

9. Parikarma or Pradakshina or Mangal Phere 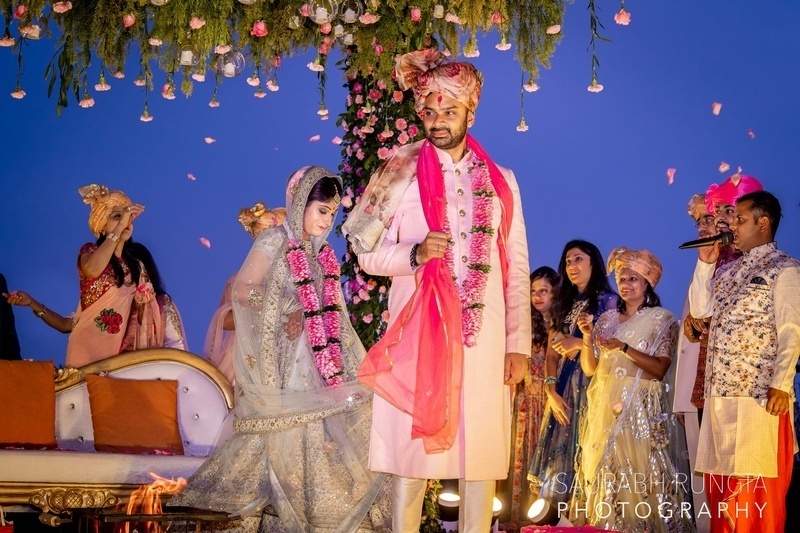 The bride and the groom circle the holy fire seven times. The phere or circle legalizes the marriage according to the Hindu Marriage Act as well as the Indian customs.

A knot is tied between the groom’s scarf and the bride’s dress, this knot symbolizes the bond of marriage. The couple then takes seven steps that represent nourishment, strength, prosperity, happiness, progeny, long life, harmony, and understanding, respectively.

It is the sprinkling of water, meditating to the sun and the North star.

The couple gently makes food offerings in the holy fire and then feeds each other a small portion to express mutual love and affection. 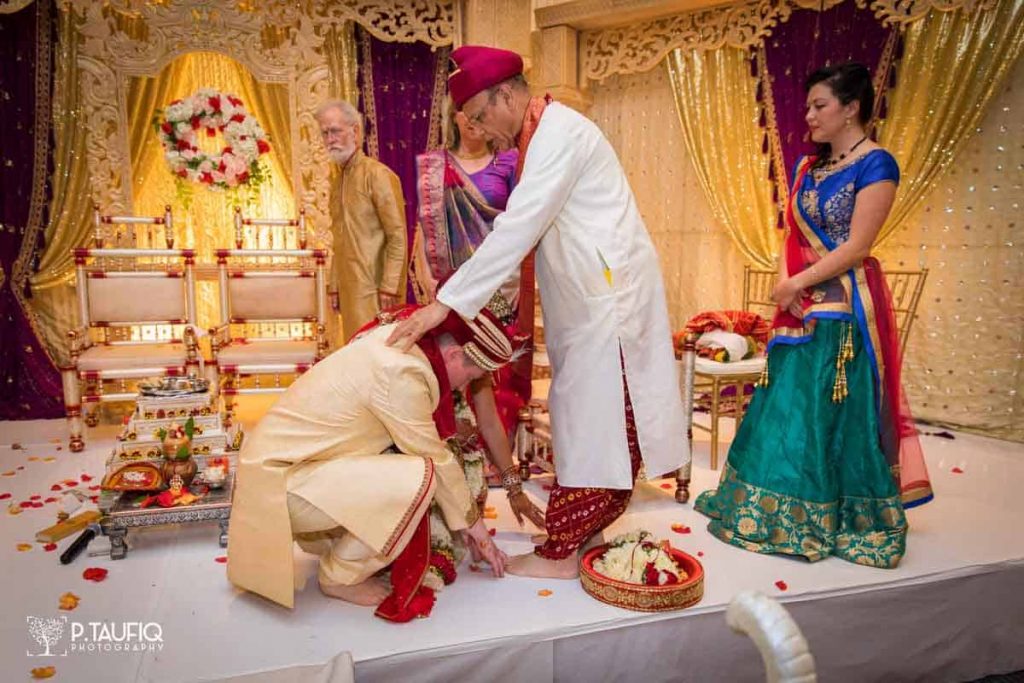 All the elders and others present to witness the marriage give their blessings to the newly married couple.

There are considerable variations according to different regions in the country. But the core meaning and values hold the same place all over without any compromise.