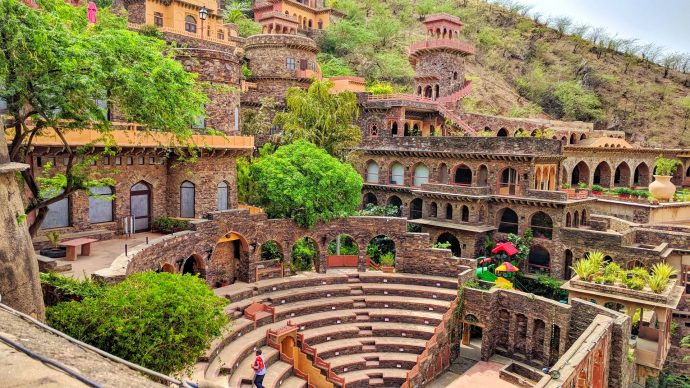 Neemrana Hotels is one of the oldest hotel chains in India. They are most notably known for restoring old ruins and turning them into heritage hotels. The most popular of their hotels is the Neemrana Fort on the Aravalli range in Rajasthan. The hotel chain is known for its heritage properties across India. These serve as the best locations for not only regal holidays but also as a royal destination for weddings. 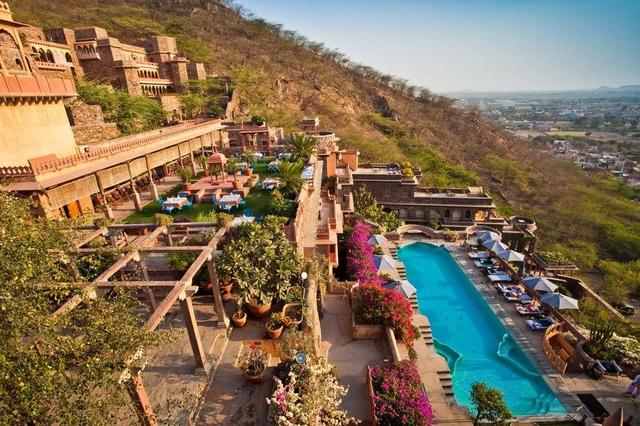 Let’s dive in into the world of Neemrana Hotels and see what is it exactly about them that attract visitors from India and outside. 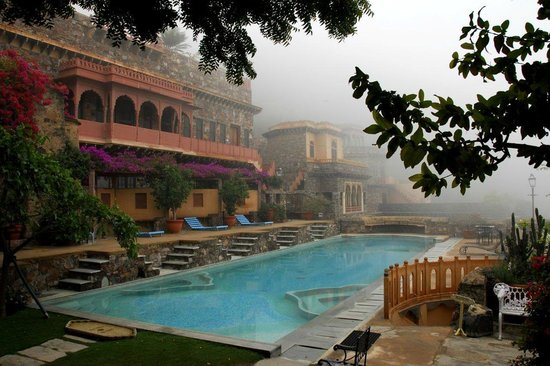 Neemrana Hotels, as a company, came into existence in 1991. It is the brainchild of Aman Nath and Francic Wacziarg. Nath is a post-graduate in medieval Indian History from Delhi University. And Wacziarg is a Former French Diplomat residing in India since 1969. These two were researching wall frescoes for The Painter Frescoes of Shekhavati when they encountered the 15th-century Neemrana fort in Rajasthan. The local chieftain Nimola Meo built the fort but it had been in ruins for 40 years. They bought the fort for Rs 700,000 in 1989, restored it and opened a hotel in 1991 with 12 rooms. With hotel opening for business, it served as a venue for the International Festival of Indian Literature in 2002, Mastermind India, and Indian Weddings. 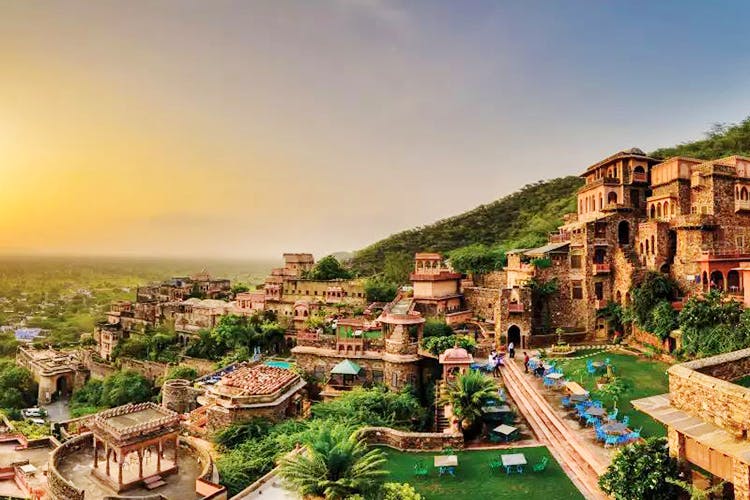 Neemrana Fort Palace, as the website says, takes pride in being a premier heritage hotel of Rajasthan. This is accompanied by also being a unique hotel in India. The hotel authority has taken massive pain in restoring the time-honoured structures and preserving them with authenticity. This is all done to take the visitors back to medieval times. When visiting the fort, it gives you a chance to discover the well-architectured palace in all its glory. You’ll be walking a number of steps and ramps to go all around the 14tiered property. 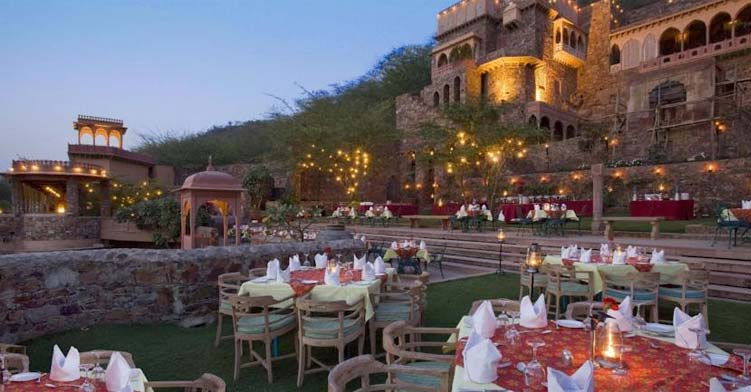 With a royal and serene setting, Neemrana presents the perfect backdrop for a royal Indian Wedding. This has made Neemrana hugely popular amongst the Indian youth who want to tie a knot in royal style. The heritage hotel currently has 74 rooms & suites, offering a vibrant site for weekend getaways, weddings or conferences. The fort has 9 palace wings built over 14 levels into a hill across 2.5 hectares/ 6 acres of gardens. So much of an outside garden space makes it a perfect spot for your outdoor wedding under the starry sky. 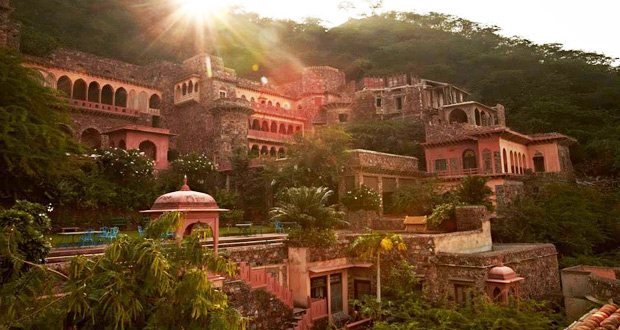 Along with gardens, there are 2 pools to beat the heat and an Ayurvedic spa. You and your guests can have a spa to rejuvenate your energy for the high-octane wedding. Neemrana Fort-Palace is amongst the most sort after destination wedding venues in India.

One comment on “Neemrana Fort-Palace: A Regal Destination For Your Wedding”