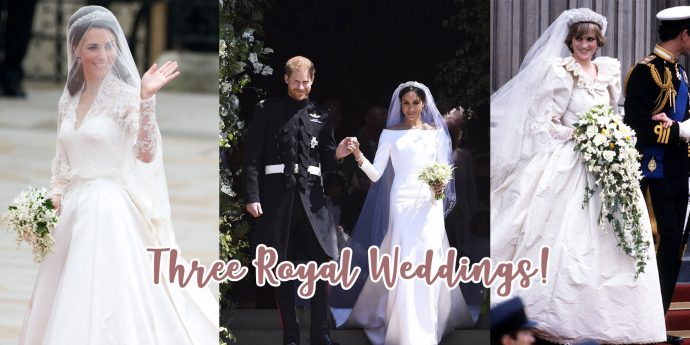 On February 24, 1981, the Queen’s son, Prince Charles, announced his engagement to 19-year-old aristocrat Diana Spencer. During a private dinner at Buckingham Palace, the prince proposed with a diamond and sapphire ring. Almost a decade later, their elder son Prince William asked the question to his longtime love Kate Middleton with the same exquisite gem. And a few years later, the couple’s younger son, Prince Harry almost popped the question (because Meghan said yes before he finished) to Meghan Markle.

Three royal weddings… years apart with stark contrasts and yet there were subtle similarities between them. Let’s have a look at each of these marriages:

On July 29, 1981, Diana became the first British citizen to marry an heir to the British crown in 300 years. The two were married at St. Paul’s Cathedral in London. Diana’s father, Earl Spencer escorted the 20-year-old bride for the three-and-a-half minute walk down the aisle. 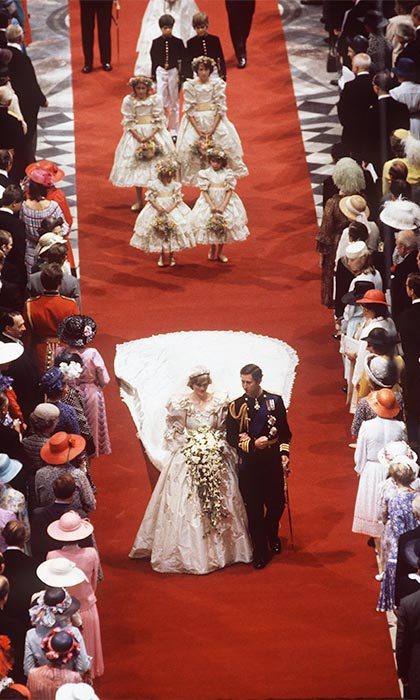 She wore a gorgeous silk taffeta gown by Welsh designer David and Elizabeth Emanuel. Her dress was studded with pearls, sequins and antique lace. It had the longest train in royal history measuring 25-foot. 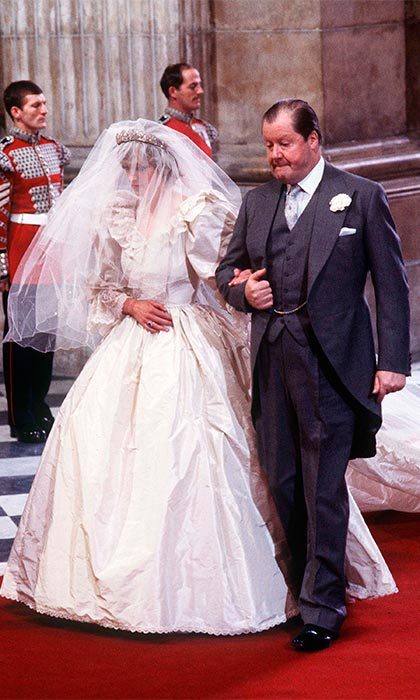 Charles and Diana were wed in front of a gathering of 3,500 people including Queen Elizabeth, Prince Philip and the Queen Mother. There were 600,000 spectators on the streets of London to witness the matrimony, while approximately 750 million people watched the event on television. 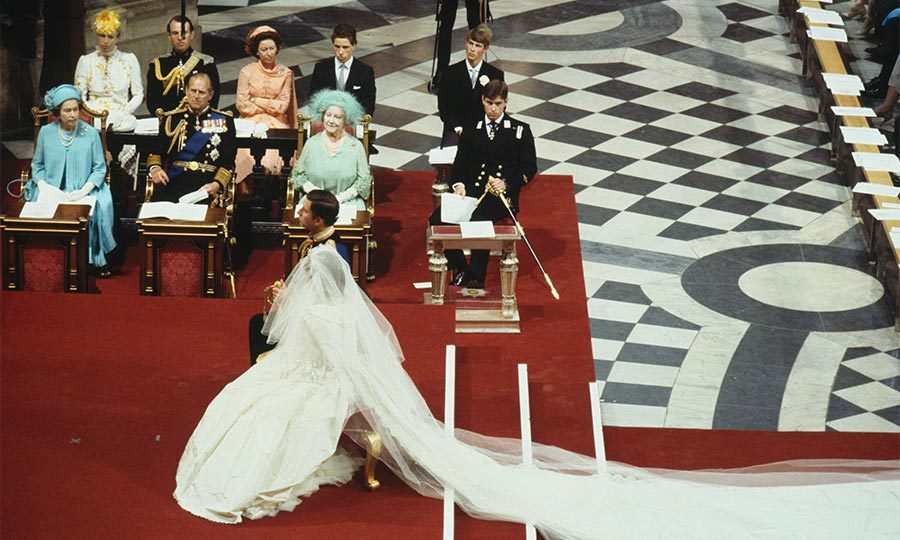 April 29, 2011, is the date when Prince William and Kate Middleton tied the knot. The heartfelt and grand ceremony of at the Westminster Abbey was one to behold. Both bride and the groom had the support of their siblings as Prince Harry was William’s best man and Pippa Middleton as Kate’s maid of honour. The couple certainly didn’t have to book banquet hall online. 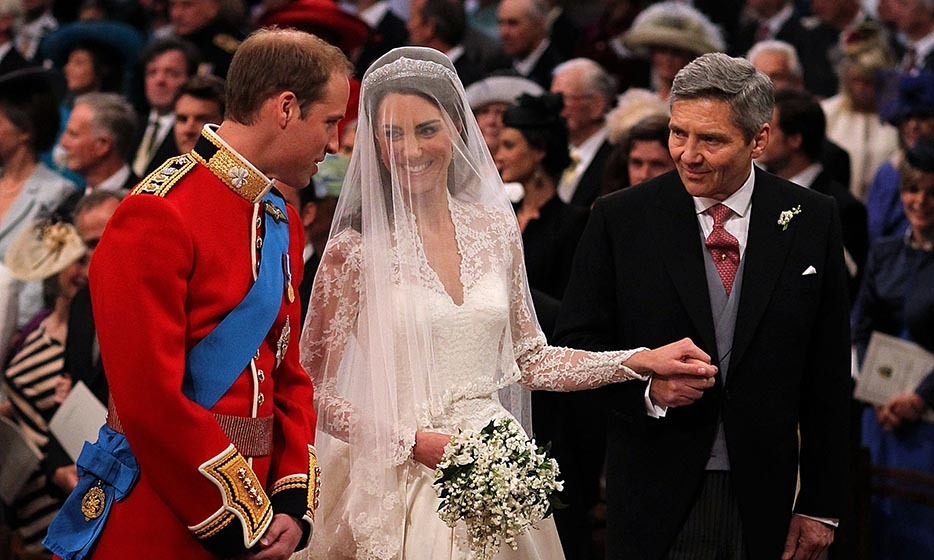 People around the world got the first look at the bride as Kate waved at the gathered crowd through the window of Rolls Royce Phantom VI. 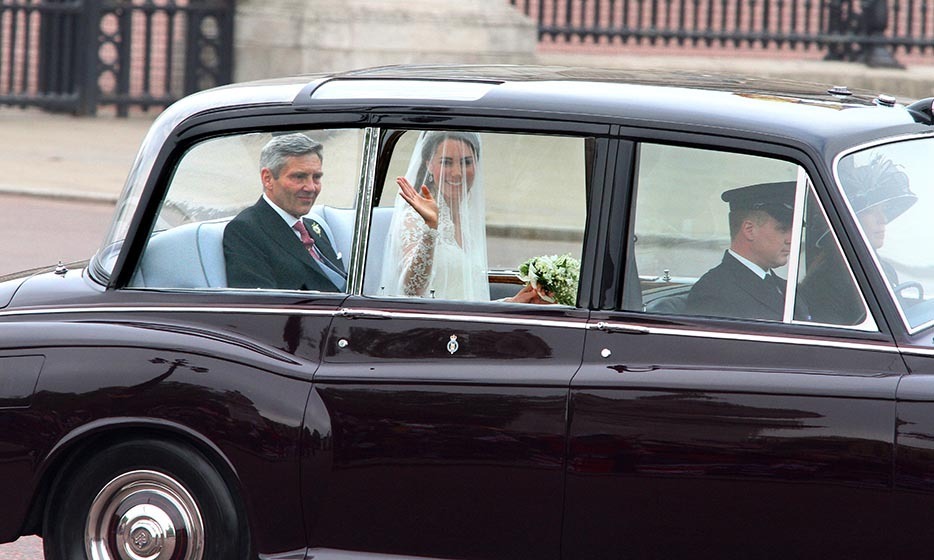 Sarah Burton, the creative director of Alexander McQueen, was the brain behind Kate’s show-stopping, lace bridal gown. Kate and Sarah had been having secret meetings at Hampton Court Palace to discuss the dress. 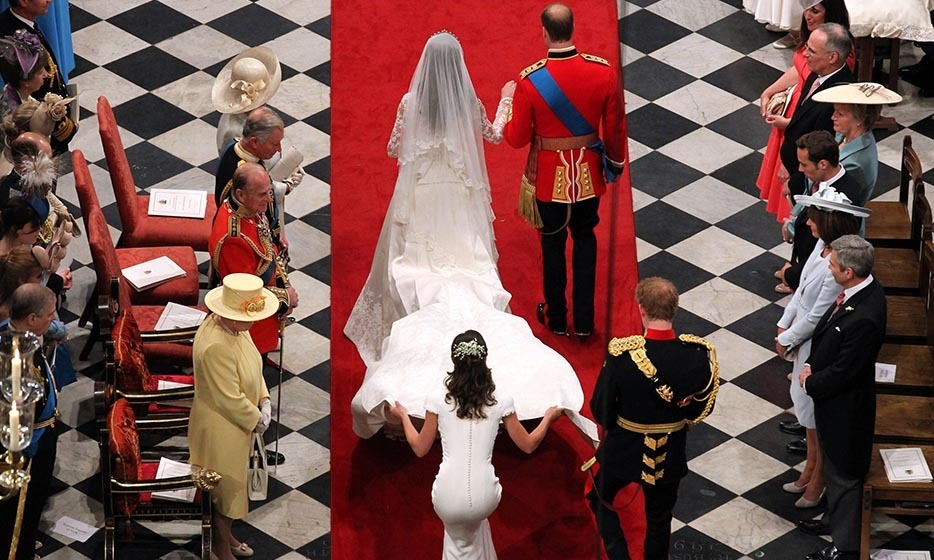 Harry and Meghan celebrated their nuptials on May 19, 2018. The ceremony was the perfect combination of British pageantry with modern style. After the wedding, the two rode through Windsor n a horse-drawn carriage and greeted the people who had come to witness their wedding. 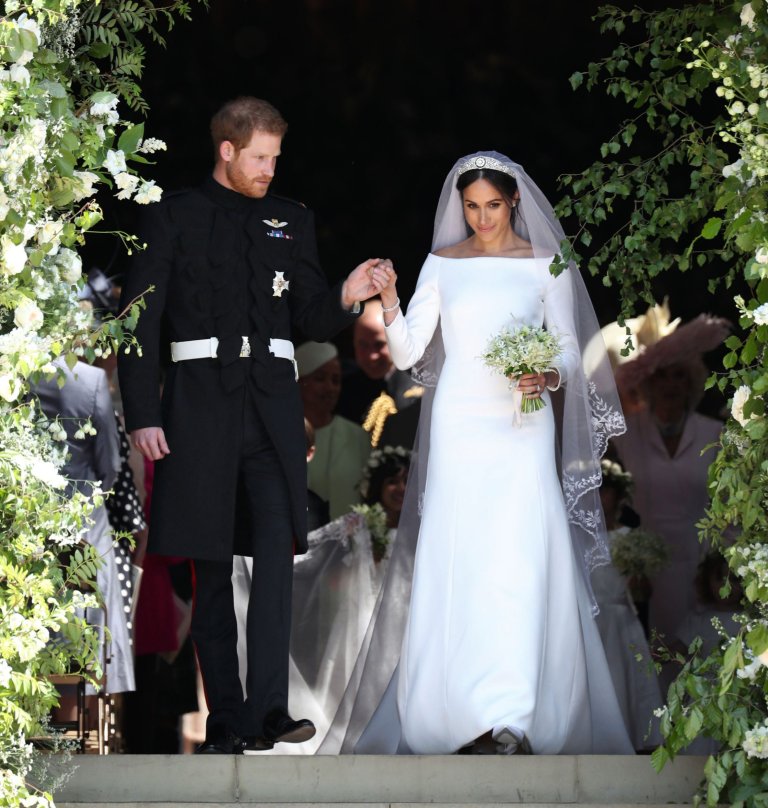 For months, everyone speculated who designed Meghan’s wedding dress. It was finally revealed on her wedding day. The dress was an off-shoulder gown designed by Claire Waight Keller at Givenchy. 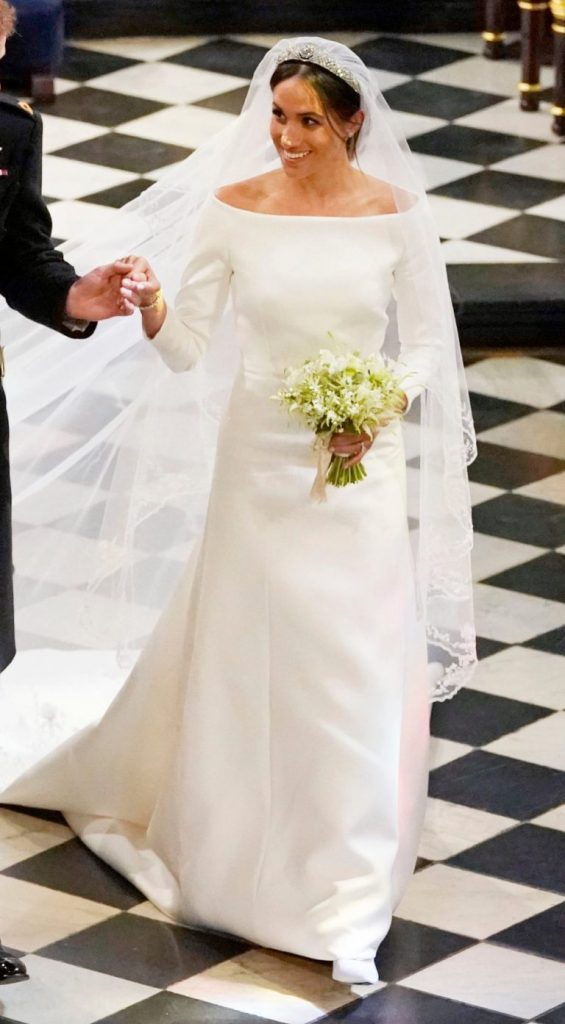 Meghan’s dress featured a cathedral train and she wore Queen Mary’s filigree tiara, last worn in the 1800s. What if the Royals had to look for online venue booking portals? They would certainly not be royals then, right? 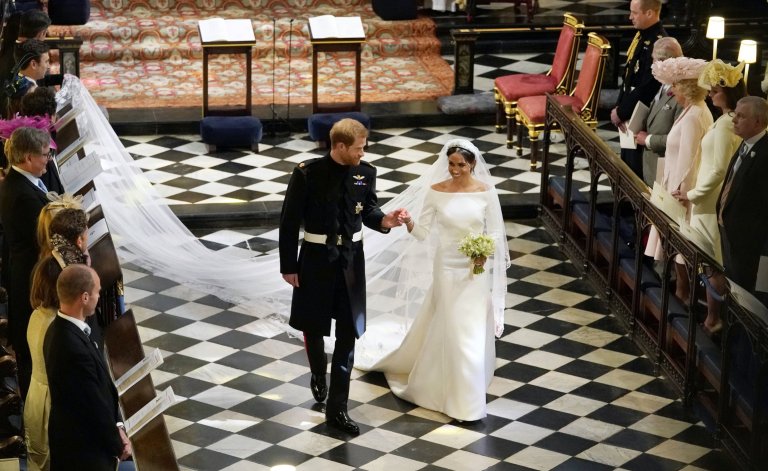 Wedding venues In Rajasthan for your Grand Wedding